Using a Proportional Pressure Control as a Directional Control Valve 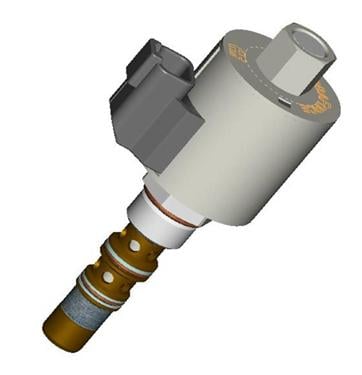 I once went on a troubleshooting call where the top coil of a dual coil valve would not shift the valve, but instead would actually energize the bottom coil position of the valve. Huh, say what? Upon investigating, it turned out that there were four issues going on: 1) the machine's electrical system had a residual trickle voltage in the system that never dropped current to zero when de-energizing the bottom coil; 2) the coils had diodes; 3) fine particle contamination; and 4) both coils had the same polarity. Polarity, in this case, means that both coils used the same terminal for the plus (+) side/battery and the other terminal for the minus (-) side/ground.